The use of the general porcelain jar with lion knob, one of the jars of the china ancient of Ming and Qing Dynasties, its cover the quite same as the general’s helmet, hence the name. The shape began in the late Ming Dynasty, and it was said that it was a trophy-like prize specially made by the great general who won the victory for the dynasty, and was shaped like a general’s headgear armor. 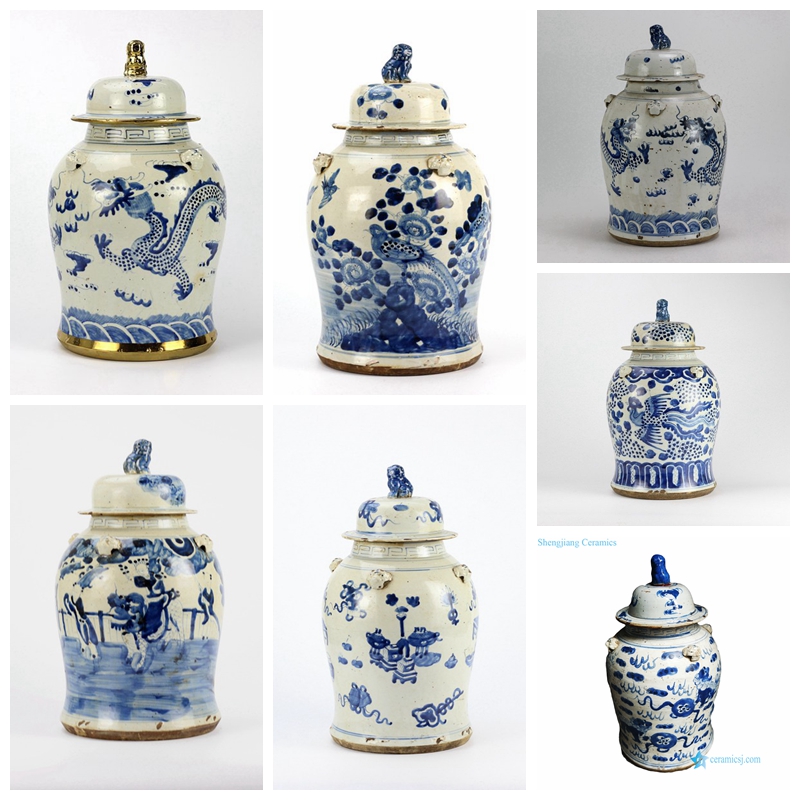 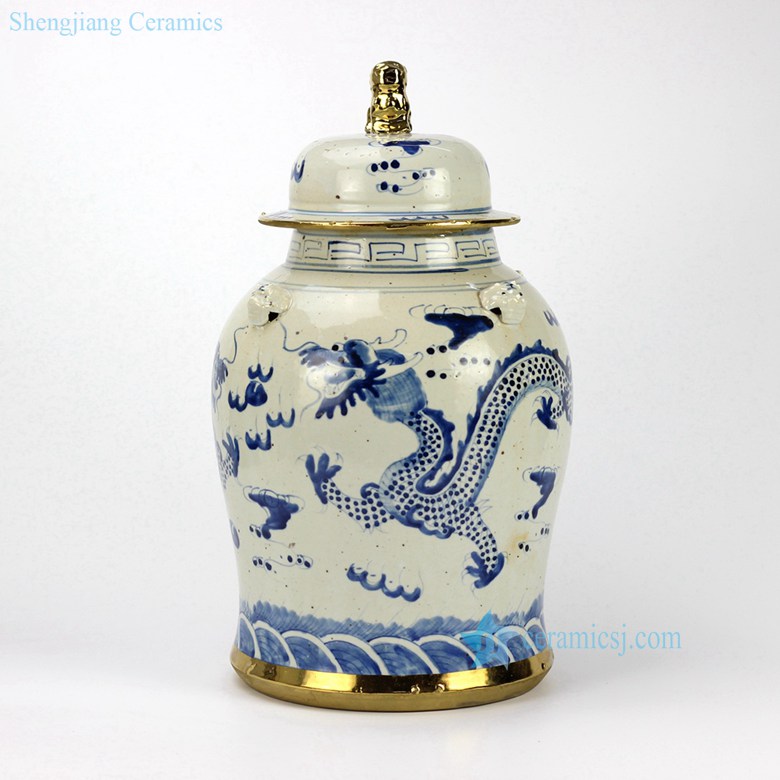 To the official kiln of the Ming Dynasty, the general jar was used to be as a gift to the military commander, while the gift of civil official was based on the four treasures of the scholar (writing brush, ink stick, ink slab and paper). In Qing Dynasty, The ordinary officials use them to hold gold and silver and beloved things. The Buddha is used to hold the beads and so on. A superstitious statement that porcelain general jar will bring official luck, wealth and good fortune. 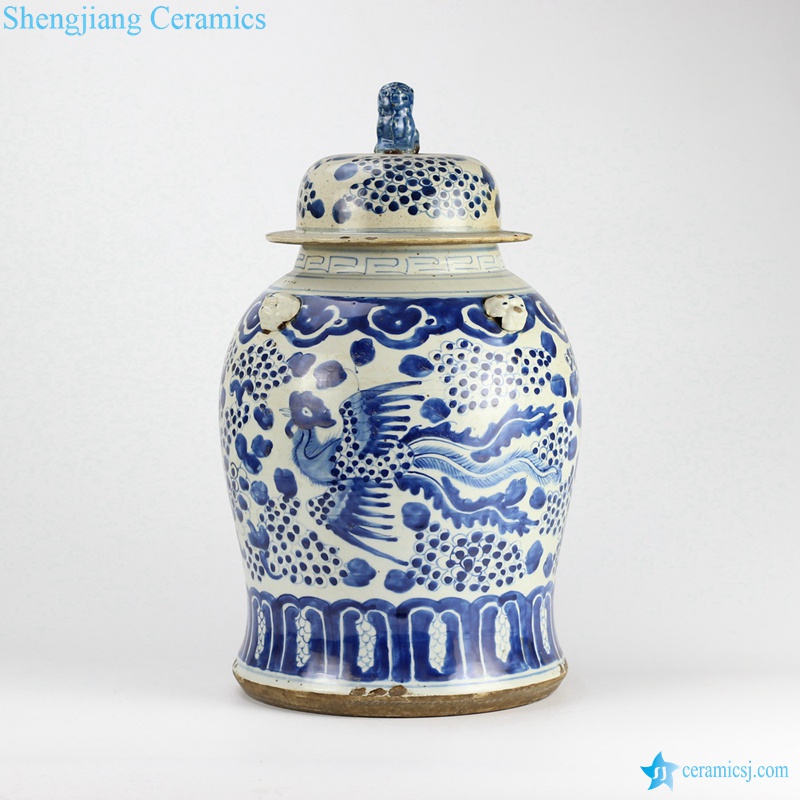 The most representative blue and white colors are two kinds, one is rich and deep, the color is dark blue; the other is low in iron content, showing elegant and pure color, which is mostly used to depict flowers and birds. The shape is full, and the whole is like a general with a helmet and armor. It is steady and straight, and strong. The whole body of the temple jar is decorated with blue and white tangled lotus, and the white is slightly blue. 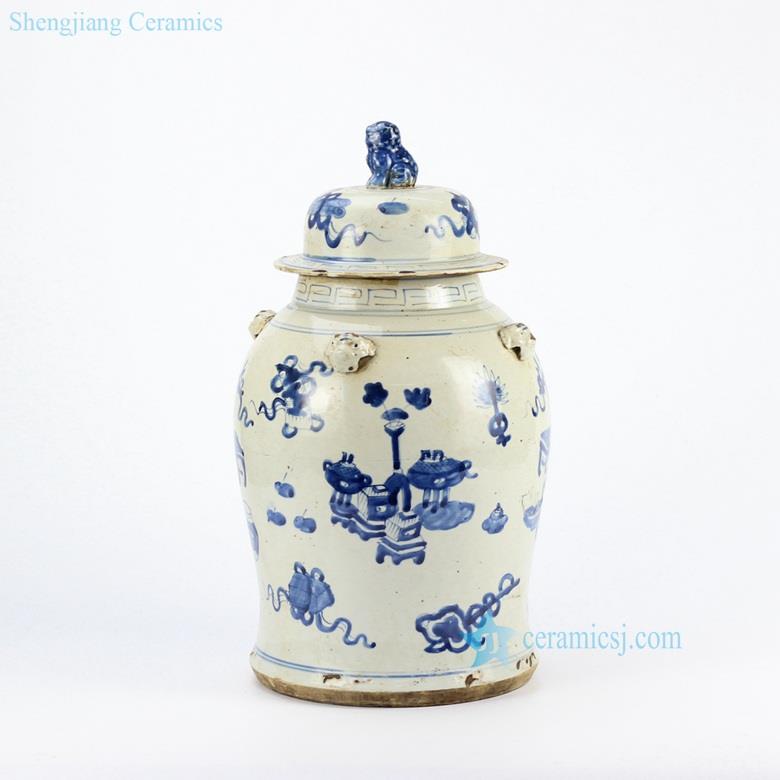 Jewel top sign hat-shaped cover, slip shoulders, bulging and lowering, circle foot. The body is heavy and the glaze is moist. The whole body is painted with blue and white tangled flowers and birds. The brush strokes are smooth and freehand, the layers are distinct, the blue and white color is crisp and colorful, and the shape is dignified and generous. It is a typical characteristics of Kangxi Dynasty porcelain general jar. 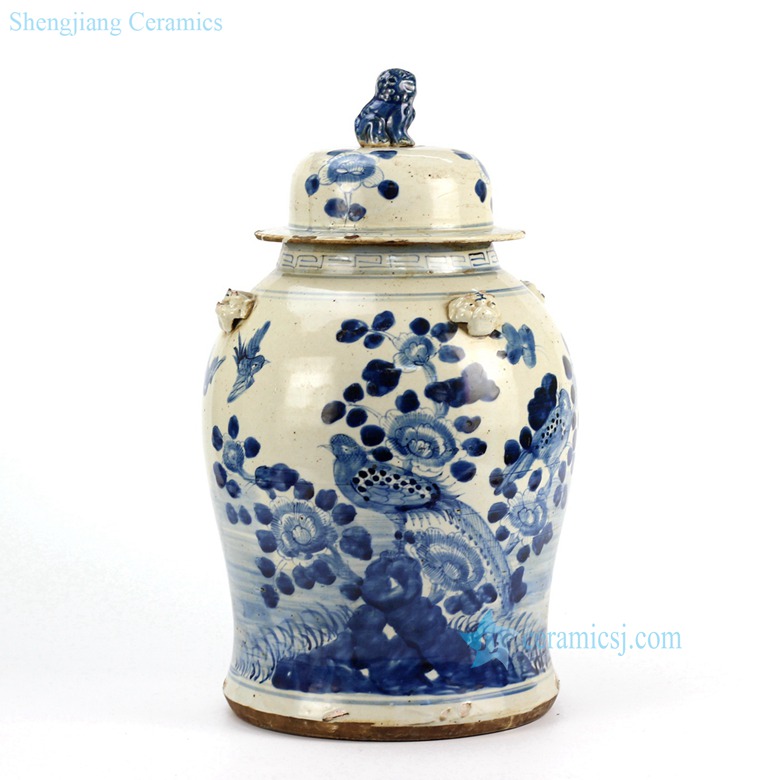 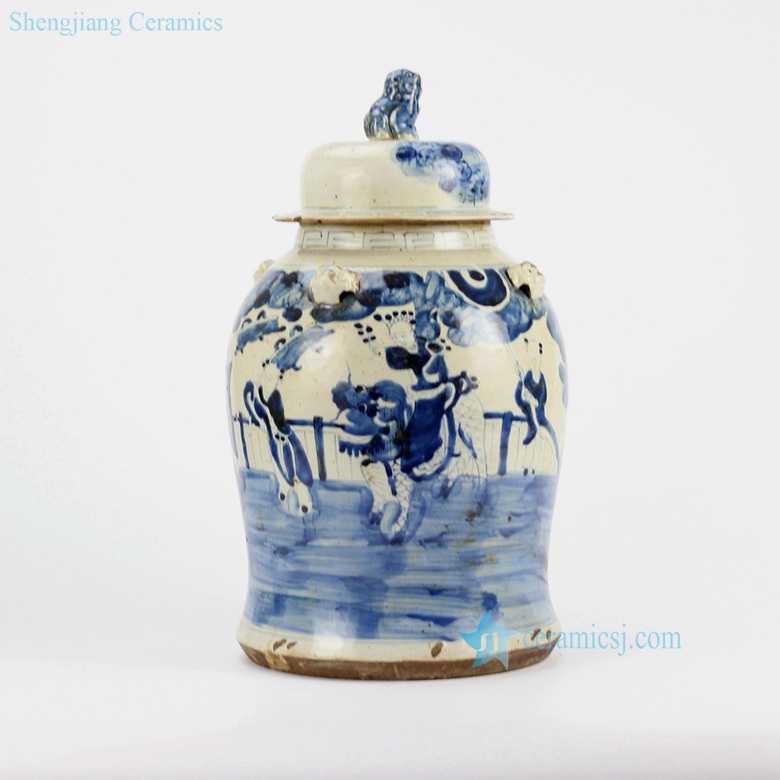 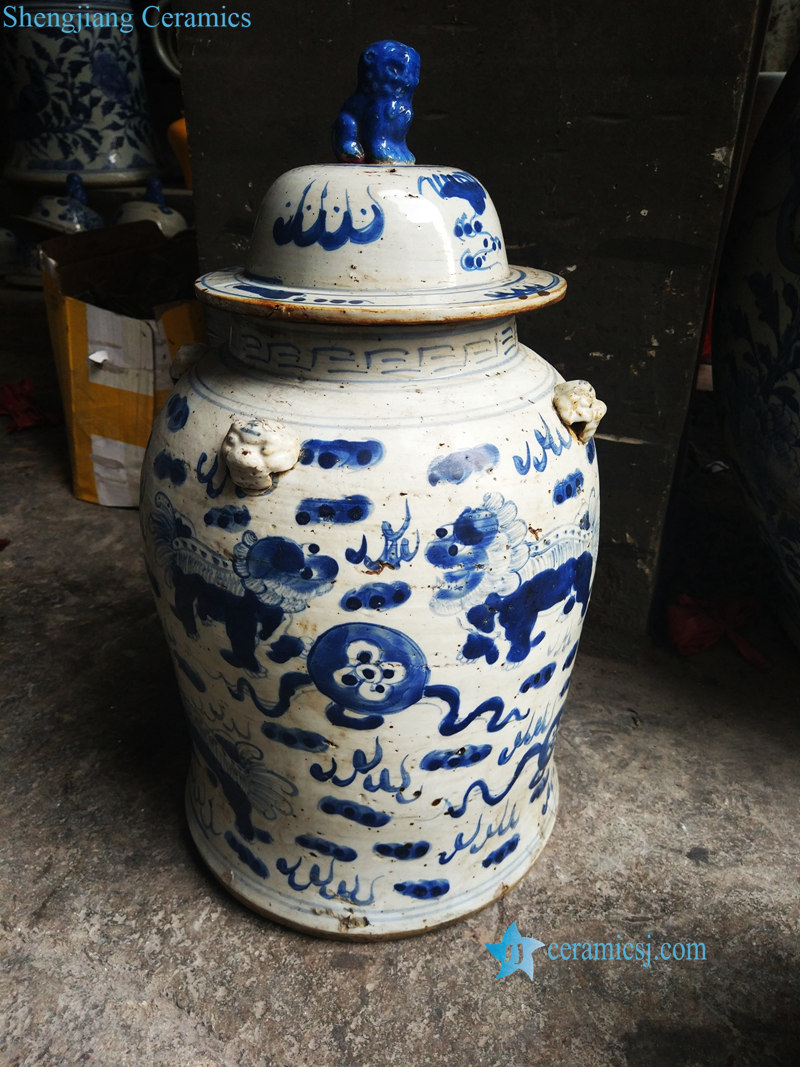 Nowadays, there are also modern-fired porcelain general jars on the market, which are very large, and some even as high as one or two meters, which is very imposing. 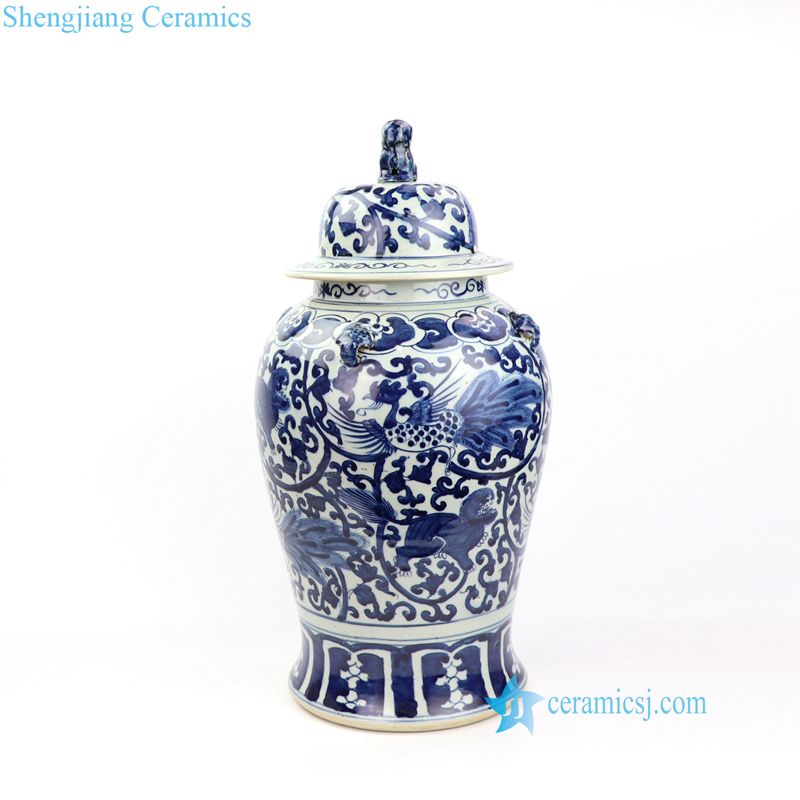 The author once communicated with the porcelain experts in Jingdezhen. In terms of modern technology, it is not easy to make large ceramic general jars. It is quite difficult to throwing or burn. It is conceivable that under the ancient production conditions, the large general jars are even more rare. 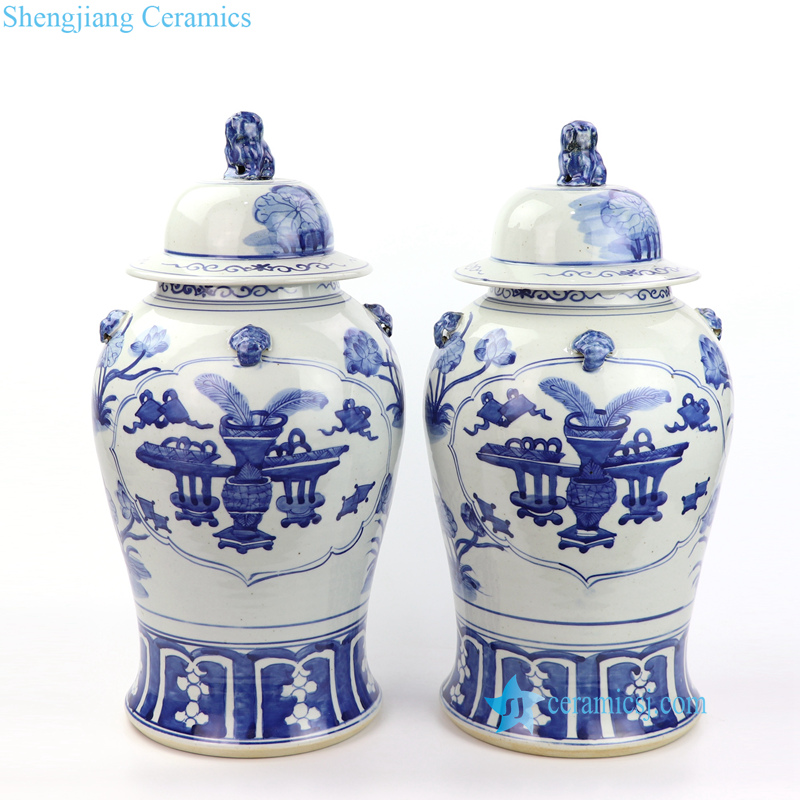 In recent years, the artistic value of porcelain general jars has been increasingly valued by collectors, and prices have naturally risen. Driven by economic interests, counterfeit goods are also flooding the market. The author’s experience is that to grasp the key point of the old porcelain general jars, it is to feel the unevenness of the outer wall of the jar, just like the orange peel on the human body, which is formed during the process of throwing. 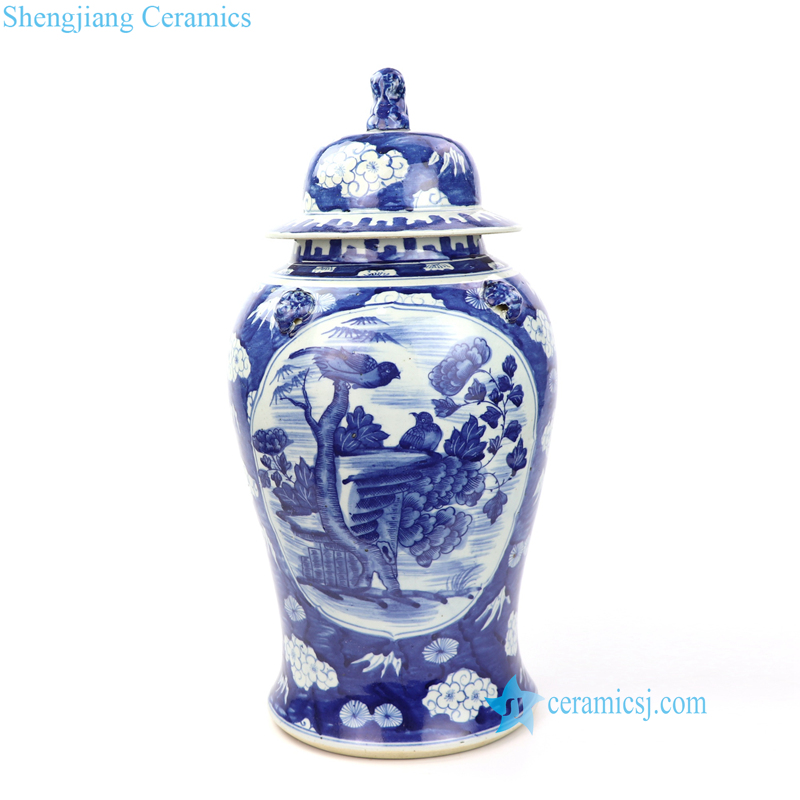 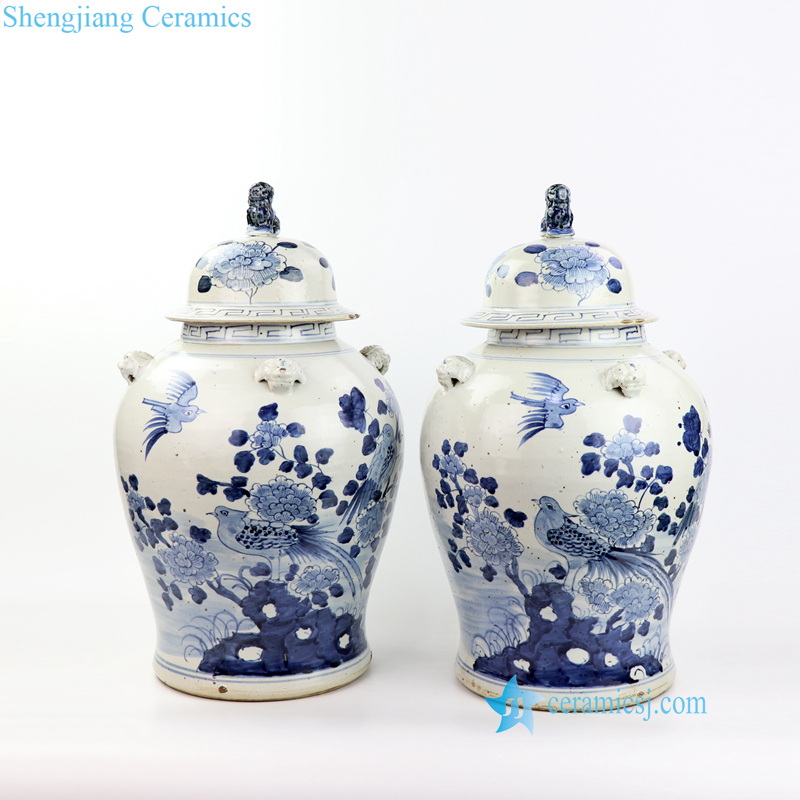