Today,we’re talking about longevity famille rose ceramic tableware.Ceramic tableware, the traditional concept of ceramic refers to all inorganic non-metallic minerals such as clay as raw materials for artificial industrial products. It includes various products made from clay or mixtures containing clay by mixing, forming and calcining. The firing and application of ceramic tableware has a long history in China. Its shapes are diverse, colors are gorgeous, feel is cool and smooth, easy to wash, and is popular among people. 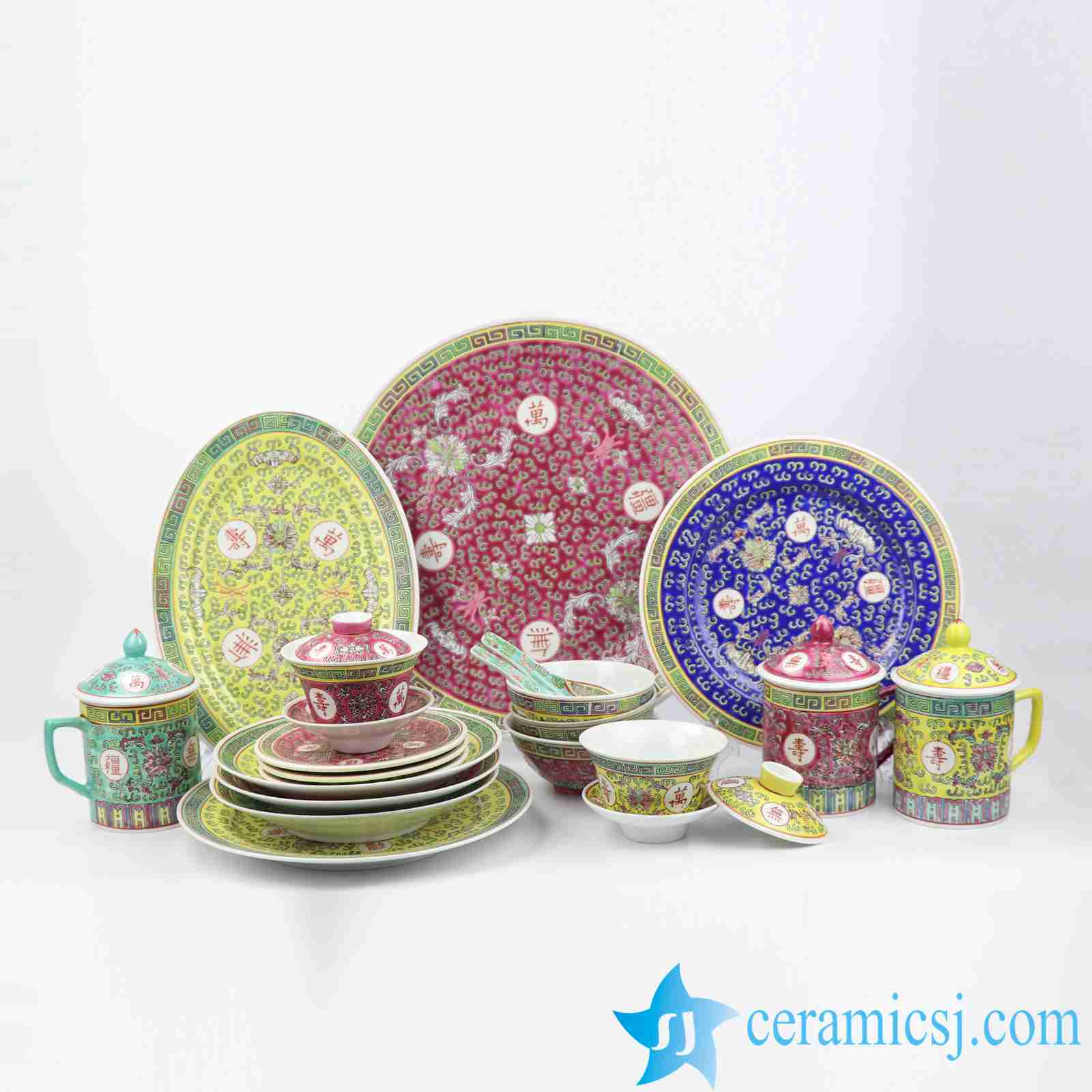 Fencai porcelain is enamel color, qing court and a fire color porcelain. The foundation containing arsenic is applied on the burned glaze and washed with a brush after applying the pigment.The washing and dyeing method of pastel porcelain decoration absorbs the nutrition of each sister’s art and adopts the technique of point dyeing and colouring, so that the objects to be depicted, no matter characters, landscapes, flowers, birds and insects, all appear to have strong texture, clear light and dark, and distinct layers. The painting method adopted is not only precise and meticulous description of delicate fine brushwork, but also infiltration and dripping, concise and concise freehand painting, as well as exaggerated and deformed decorative painting style.

As early as the kangxi years of the qing dynasty, pastel as a porcelain glaze painting art has begun to sprout; To yongzheng period, has been mature, and formed a unique style of pastel decoration; Powder enamel had flourished during the qianlong period. The artistic effect of pastel is characterized by its elegance and softness, which are inseparable from the white and delicate porcelain.Powder color before filling with glass white base, there is also a saying is to add lead powder, let the color look very pink.

The word wanshou wujiang was first written on porcelain. It first appeared in kangxi colorful porcelain during kangxi period of the qing dynasty. It was originally used to celebrate the birthday of kangxi emperor, so wanshou wujiang porcelain was also called zhu shou porcelain at first. In the late kangxi period, with the emergence of a large number of pastel porcelains, emperors from the qing dynasty, starting from the qianlong emperor, wrote the four Chinese characters wanshou boundless as a blessing language on various pastel porcelains for the emperor’s birthday and used them during the wanshou festival. In the late qing dynasty, the word wedding and his empress dowager cixi, seventy, eighty, 60 birthday ShouDian have a lot of fire during the day. In the qing dynasty with the decline of the qing empire, collapse, as the royal dedicated the day began to appear in the folk porcelain into folk and a large number of imitation, after decades of republic of China has never stopped the production. During the period of the republic of China, the national government used to specially fire the state banquet porcelain. 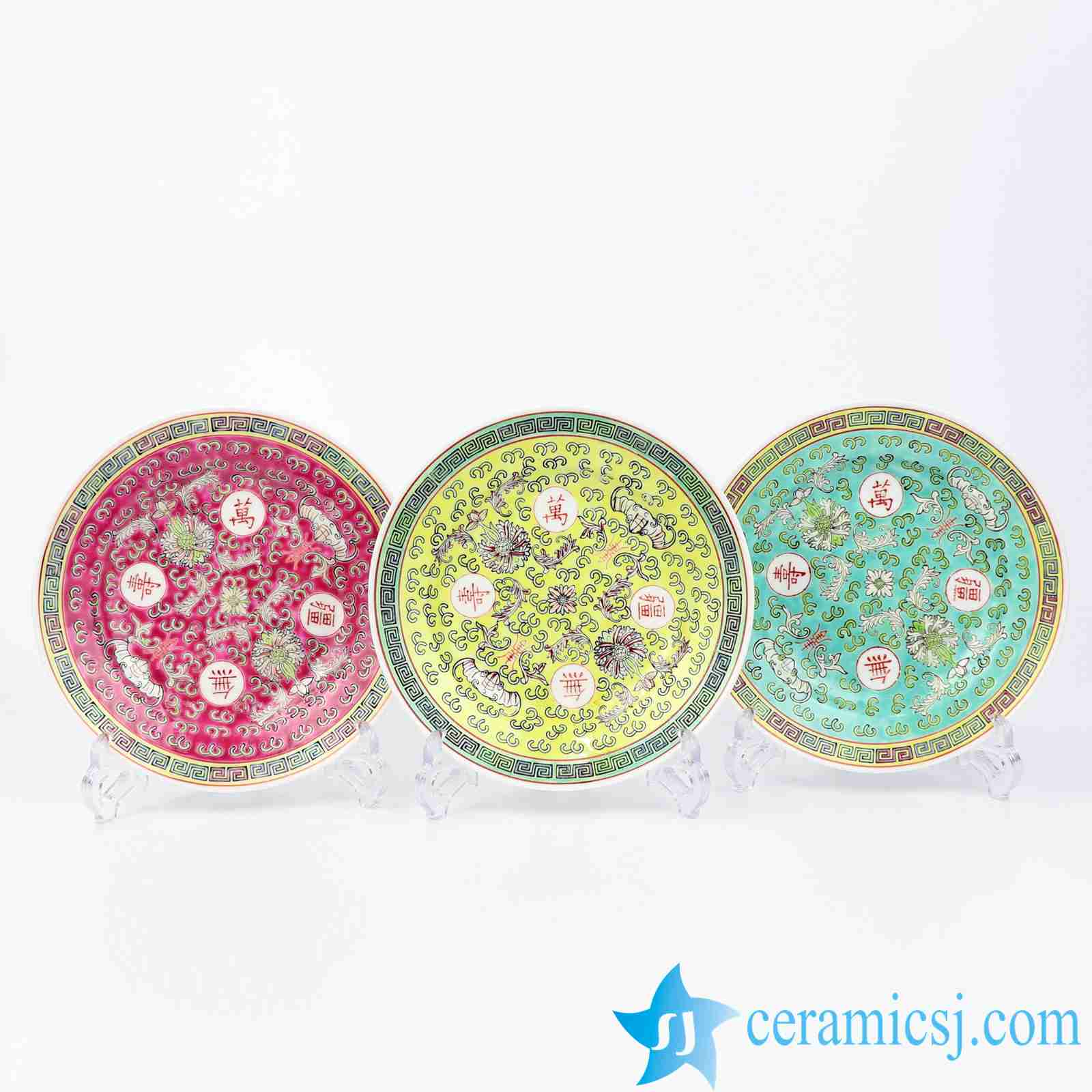 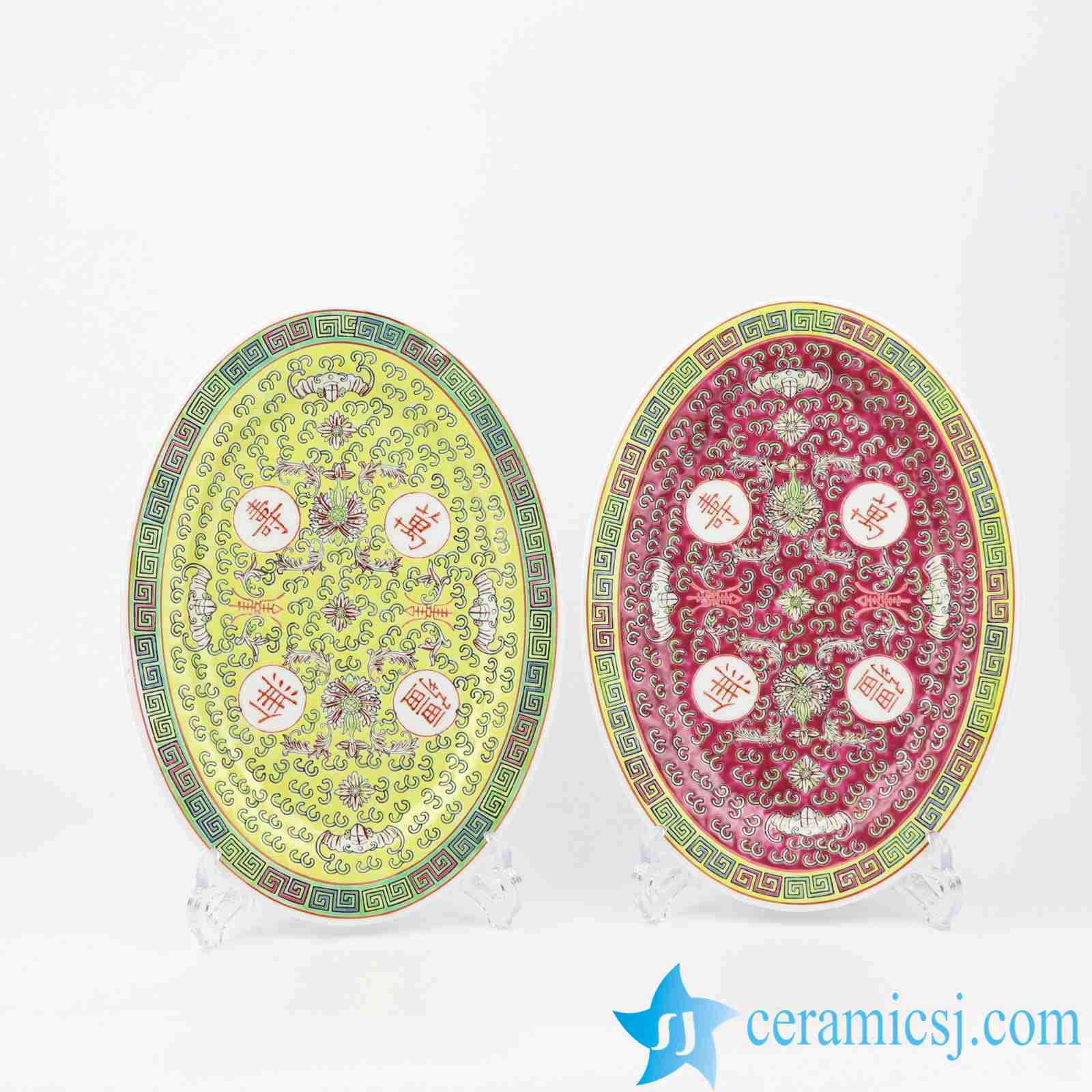 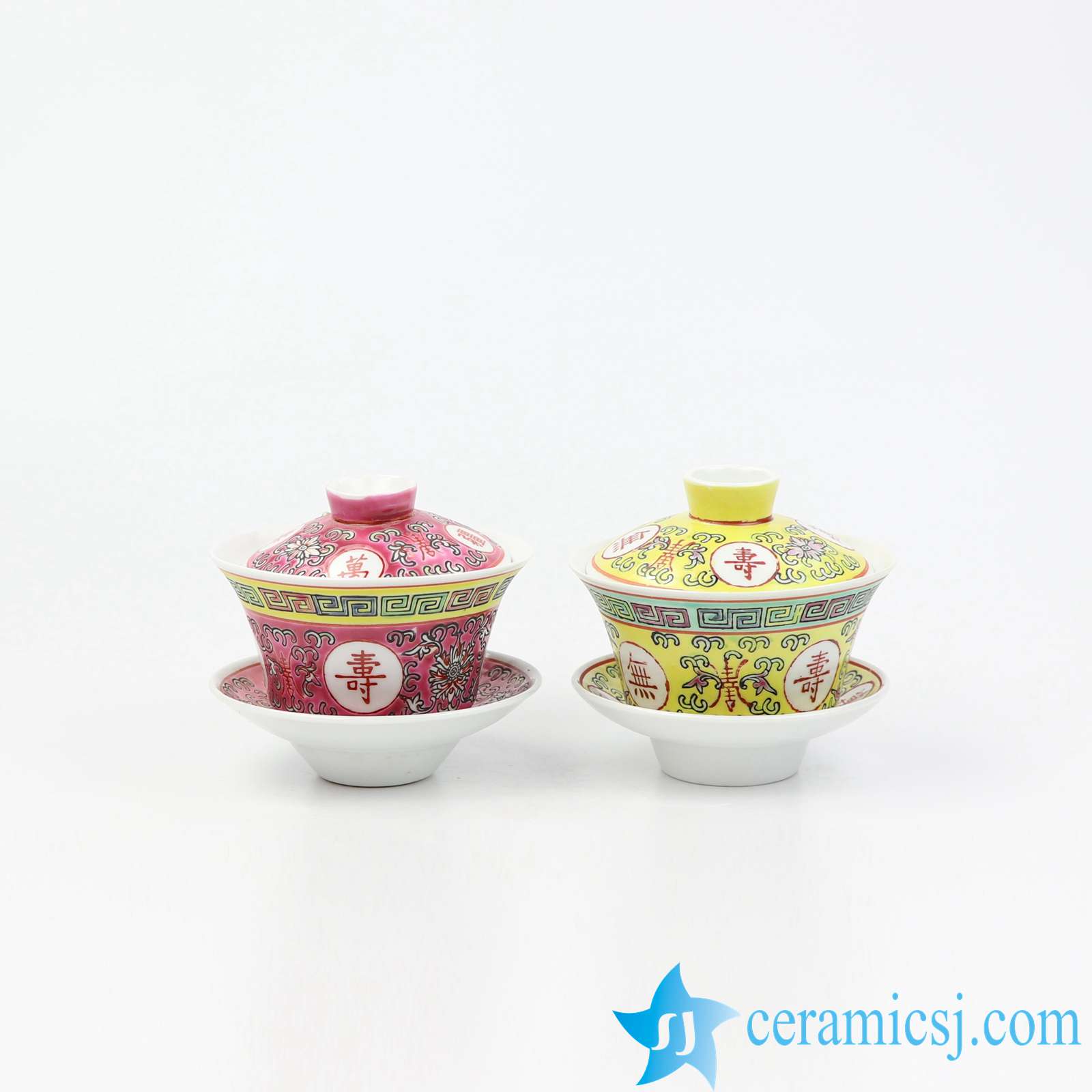 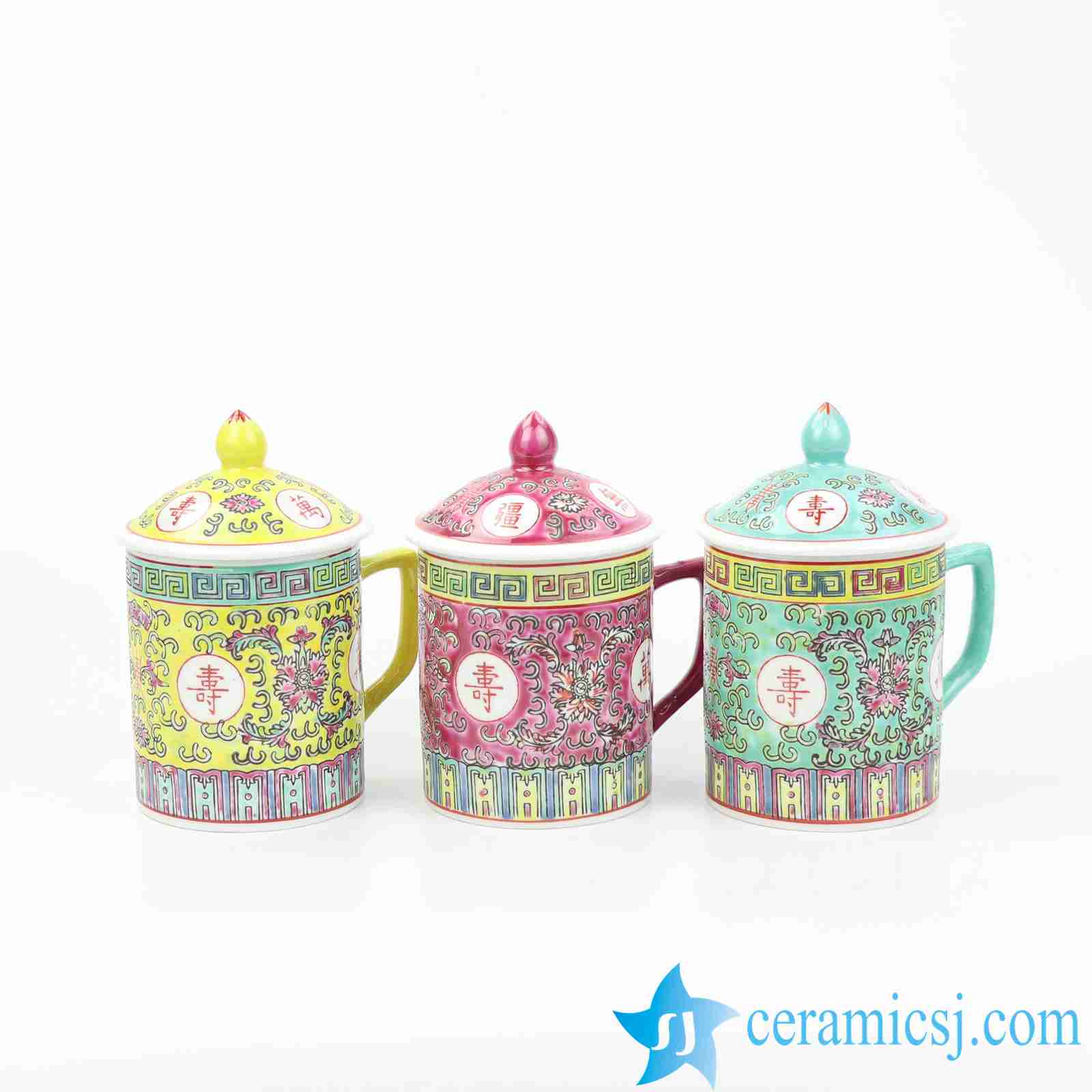 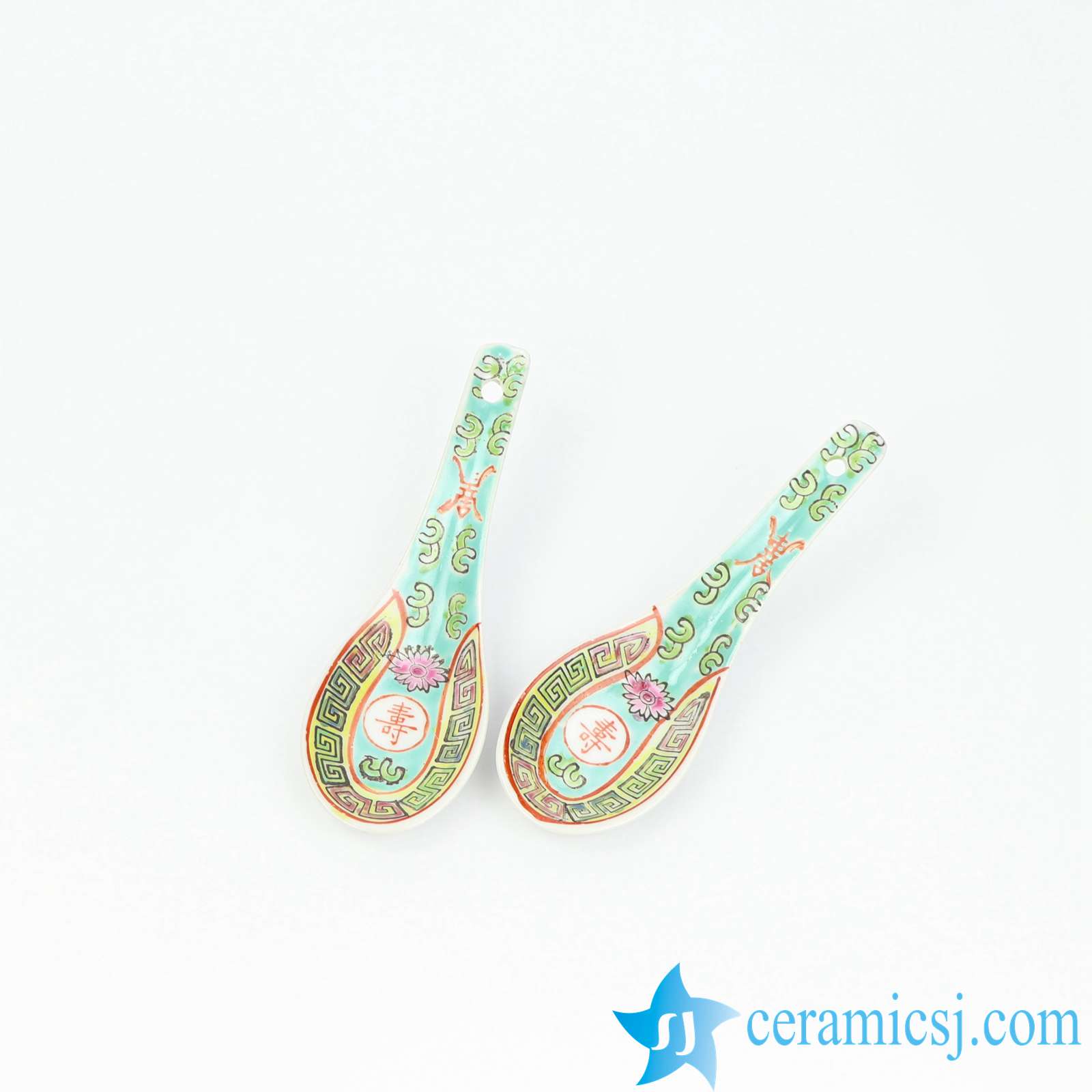 These pastel porcelains were mainly yellow in the early republic of China, and gradually other colors began to increase, except yellow, purple, green, blue and red appeared. After the founding of the People’s Republic of China, fuchsia became the dominant color of long-lasting porcelain in the 1970s and 1980s. Also appeared black wanshou, white wanshou and other colors.